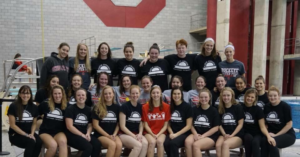 What Year # for this event

While Katie’s passing only happened two years ago, this was our third annual memorial tournament because of the way the tournaments lined up. We had our first KJ Memorial the spring after she passed, and after that, we wanted to move the tournament to the fall so we could make it a bigger event. We hosted last fall and this fall, to make it a grand total of three Katie Johanni Memorial Tournaments.

We had ten teams attend (including ourselves), which is the strongest representation of women’s teams we have ever had at this tournament so it was really exciting for us.

How many states represented?

We had teams from Ohio, Pennsylvania, New York, and Wisconsin. So we had a total of four different states which is really cool. We also had a high school team, and a master’s team, so it was awesome to see the different groups all come together for a great cause.

We had a total of 20 games this weekend, with each team getting to play four games. We had so many games on Saturday that we ran two pools which was difficult to plan, but once we got it figured out it was a lot of fun.

What was the fundraising goal and for what charity?

We initially had a fundraising goal of another $3,000 this year, but we ended up getting more than $5,000 which is really exciting because it officially puts us over a grand total of $25,000 in donations over the past three tournaments. All of the money goes directly to the epilepsy foundation, which does really important research on things like SUDEP (Sudden Unexplained Death of an Epileptic Person), which Katie passed away form two years ago.

The main money raised for this event comes from the tournament fees, and donation from friends and family. And money isn’t the only thing required to fuel this tournament. We have family and teammates working hard to work admissions tables, game tables, and bring food to provide the workers and referees, and we truly couldn’t do it without the help of every one of them.

Tell us about Katie 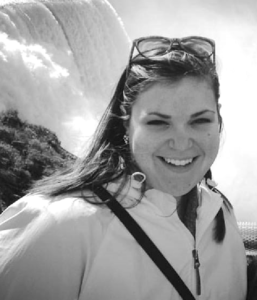 I honestly couldn’t say enough good things about Katie. She was truly as kind as they come. She had battled with epilepsy from a very young age, so she was constantly dealing with adversity. But yet, she was never bitter or resentful because of it. She took every challenge with kindness and grace, and never let any of her limitations define her.

People would tell her that she shouldn’t play sports, or she couldn’t have fun with her friends, and she would always look them right in the eyes, and politely tell them that she was going to do it anyways. She was more than epilepsy. She was the girl who would complement people on their smile, or the bright blue shirt you were wearing one day. She gave the warmest hugs and she had the most contagious laugh of anyone I have ever known.

Hosting this tournament every year in her honor is honestly the very least we can do. For her, for her family, for ourselves. Losing Katie almost two years ago to this day shook the worlds of many. And it is such a privilege to carry on her legacy of kindness and compassion to this day.

The only thing I want to reiterate is how important this tournament is to our team. This team has really flourished in the past couple of years and her legacy of kindness really is a huge part of that success. We want to thank EVERYONE (coaches, players, referees, family, and friends) for any contributions made last weekend, and we can’t wait to see everyone at the tournament again next year!

This entry was posted in College Club, Collegiate Club, Tournaments. Bookmark the permalink.